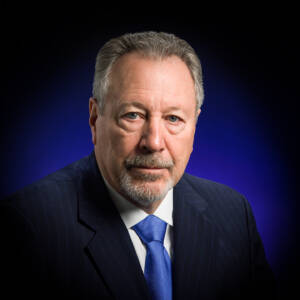 Shewmaker brings a valuable skillset to the position: an astute business perspective; an intimate familiarity with education-related nonprofits; and, not least of all, a passion for action-oriented philanthropy.

He confides, “When I was initially appointed in 2012 by then-Governor Jerry Brown to the 22nd District Agricultural Association (22nd DAA), which oversees the San Diego County Fair and other activities associated with the Del Mar Fairgrounds, I did not know about Don Diego Scholarship Foundation, which at that time was the ‘nonprofit partner’ of the 22nd DAA. Once I learned about the Foundation’s mission to provide college scholarships to deserving students associated with the Fair and Fairgrounds, I eagerly became active on the Board. I have relished interviewing finalists, meeting recipients, staying updated on their college and career successes, donating to the organization, and introducing business associates and friends to Don Diego.”

Shewmaker enjoyed a challenging, illustrious career at San Diego-based Cubic Transportation Systems, where he served as President before retiring in 2016 after devoting 30 years to the company. During his tenure, he facilitated major Cubic donations to Don Diego. He also has contributed his own largesse by establishing a Shewmaker Family endowed scholarship that provides a $2,500 annual scholarship to a recipient in the Employee category.

Shewmaker additionally supports students through a scholarship fund he created at his alma mater, Bishop Amat Memorial High School in La Puente, California. He also was on the board of several fascinating organizations, including the New York City Transit Museum and is still actively involved in London Transport Museum’s exclusive Circle 1924 that honors his and others’ contributions and service to the organization over many years.

Shewmaker, who lives in Carmel Valley with his wife, Francie, is an exercise enthusiast who enjoys biking, skiing and deep sea/freshwater fishing. He coached his adult son and daughter in baseball and softball, respectively, when they were kids and now enjoys coaching and spending time with his three grandsons.

Looking forward to his new role as Chair, Shewmaker states, “I am excited to work with fantastic Board members who share a passion for helping kids and educating the next generation. Under my leadership, we will continue expanding and evolving. In light of the skyrocketing cost of higher education, I would like us to offer more four-year scholarships and to increase the monetary amount of our individual awards.”

Shewmaker concludes, “I traveled extensively around the world for Cubic; frequently flying from San Diego to London to Sydney and back again within a week. Now, as Don Diego Chair, I feel fortunate to help propel exceptional students from diverse backgrounds to prestigious universities around the country as they journey to attain their life goals.”

The Don Diego Scholarship Foundation was named for Don Diego, AKA Tom Hernandez, who served as the Fair’s welcoming goodwill ambassador from 1947-1984. Since its inception in 1986, the Foundation has awarded $1,276,844 in scholarships to 362 students and in agriculture education grants. More information is at www.dondiegoscholarship.org and www.facebook.com/DonDiegoScholarship.