The Spirit of Don Diego

Domingo Tomás Hernández Bethencourt was born in 1915, in the Canary Islands, Spain. He and his family immigrated to the U.S. in 1920.

As Tom Hernandez, he became an actor in film and television roles, many of them forgettable. But he became instantly beloved and ultimately unforgettable when he brought the character of Don Diego to life at the San Diego County Fair (then known as the Del Mar Fair) beginning in 1947 and continuing until his death in 1984. 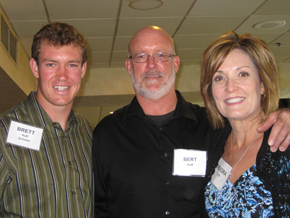 2011 Don Diego recipient Brett Huff with his father and his mother, “Miss Ramona” of 1976.

The character was based on late 1800s Del Mar landowner Don Diego Alvarado, but Tom Hernandez made it his own. Every summer, fairgoers delighted to hear Don Diego’s hearty “¡Bienvenidos, Amigos!” (“Welcome Friends!”) greeting. Before she became Raquel Welch, late 1950s Fairest of the Fair winner Raquel Tejada was escorted around the Fairgrounds by the dapper Don Diego.

During the latter years of his life, Tom Hernandez lived in Spain, but he returned to Del Mar each summer to reprise his role at the Fair. According to former 22nd DAA Board member Gene Yee, a good friend of Tom’s, “He loved it. He was a gentleman’s gentleman.”

She said, “As a member of the Fairest of the Fair court, I got to know Mr. Hernandez. He was a true gentleman and a great ambassador for the Fair. To see my son as a beneficiary is unbelievable and very exciting!”

Email Us
Do you have a Don Diego memory or photo to share? We want to know!
Email Us

The lives and legacies of a Spanish-born actor and a Chicago-born entrepreneur came together in 1984, when Rancho Santa Fe resident Robert Spanjian spearheaded an effort to hire an artist to sculpt the Don Diego statue depicting Tom Hernandez, the recently deceased actor who had portrayed him for 37 years. The statue continues to welcome visitors to the San Diego County Fair and other events at the Del Mar Fairgrounds.

Robert Spanjian’s story began with a piece of cloth that stretched. Originally known as Fiber K, Spandex – an anagram of the word “expands” – was named by Dupont in honor of brothers Robert and Richard Spanjian, who created the material that revolutionized the sportswear and apparel industry.

Robert (Bob), who died in 2016, was for decades a community-minded man who devoted his time, talents and money to worthy causes. He was a founder of the Don Diego Scholarship Foundation and served as Secretary-Treasurer from the Foundation’s inception in 1986 until 2014. He also served on the Board of the 22nd District Agricultural Association (the state agency that operates the Del Mar Fairgrounds), President’s Executive Council for Cal State San Marcos and UCSD Board of Overseers. 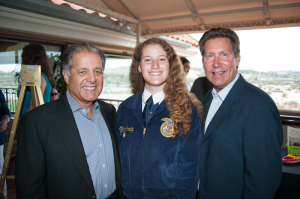 The recognition is a fitting tribute to a man who, according to Don Diego Executive Director Chana Mannen, “always relished his role in interviewing scholarship finalists. Bob frequently dipped into his pocket to fund the education of an additional student who impressed him. He was a true friend of the Foundation and the Fairgrounds, and contributed greatly to the quality of life in our region.”

For more about the Spanjian Family Scholarship, click here. 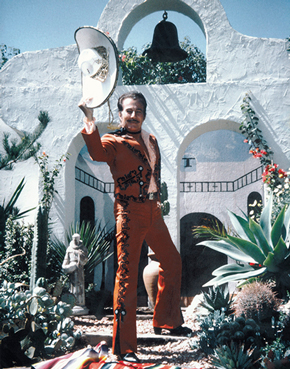 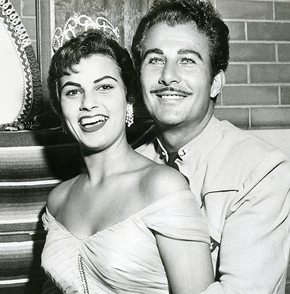 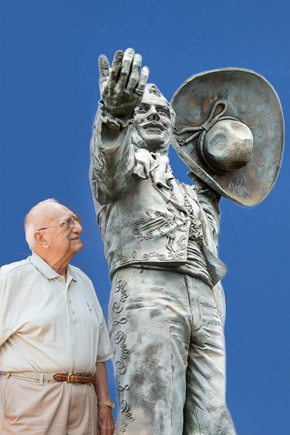 A Spanjian and a Spaniard create a lasting legacy at the Del Mar Fairgrounds.