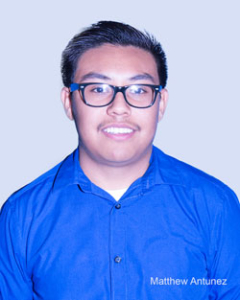 The Don Diego Scholarship Foundation Board of Directors voted unanimously at its November 23, 2015 board meeting to add a second $2,500 Vocational Education (Voc Ed) college scholarship to its already impressive array.

Beginning in 2016, $44,000 in college scholarships will be awarded to 14 outstanding high school seniors who reside in San Diego County and have participated in the San Diego County Fair and/or other activities associated with the Del Mar Fairgrounds. This marks the highest annual monetary total in the Foundation’s 30-year history, which began on a modest level in 1986 with $1,000 scholarships awarded to three students, for an annual total of $3,000.

The Foundation created the $2,500 Voc Ed scholarship in 2015 as a vehicle to support students who pursue an appropriate curriculum at a community college or accredited trade school, with the goal of obtaining an AA/AS degree or certificate. The initial recipient, Matthew Antunez, says the scholarship will cover nearly all his costs of attending Palomar College. “It has been so helpful. I am presently taking all my general ed classes so when I go for my electrician major, I can put all my focus into it.”

Saying, “We could not have chosen a better recipient of our inaugural Voc Ed scholarship than Matthew,” Foundation Chair Paul Ecke III notes, “According to the Bureau of Labor Statistics, many well-paying jobs can be obtained with two-year degrees. Current average wages include MRI tech, $65,360; web developer, $62,500; and dental hygienist, $70,210. We are pleased to support hard-working students pursuing careers like this.”

Beginning January 4, 2016, eligibility requirements and applications for all scholarships will be at dondiegoscholarship.org. In addition to the two Voc Ed awards, scholarships of $5,000, $2,500 and $1,000 will be awarded in each of four categories: 4-H, FFA, Employee and Exhibitor/Participant. The top $5,000 recipient will also receive the $5,000 Spanjian Family Scholarship, for a total $10,000 award.

The Don Diego Scholarship Foundation was named for Don Diego, AKA Tom Hernandez, who served as the Fair’s welcoming goodwill ambassador from 1947-1984. The Foundation has awarded approximately $740,000 to 165 aspiring students since its inception in 1986. It also awards grants that support the San Diego County Fair’s Plant*Grow*Eat program, which teaches elementary students about agriculture and nutrition in a fun, hands-on way. More information on programs and donation opportunities is at dondiegoscholarship.org and www.facebook.com/DonDiegoScholarship.