Del Mar, CA… This fall, 30 outstanding students from around San Diego County are embarking on ambitious educational endeavors at highly regarded universities throughout the country, supported by Don Diego Scholarship Foundation scholarships ranging from $1,000 to $10,000. In 2018, the Foundation awarded a record $72,500 in college scholarships to students who participated in the San Diego County Fair and/or other activities associated with the Del Mar Fairgrounds.

Olivia Jarvis arrived at the University of Hawaii in Hilo in August eager to begin her Marine Science studies — only to be greeted by Hurricane Lane. Buoyant despite days of non-stop rain, delayed classes and confinement to her dorm, Olivia has joined the cross country team and is ready to have a “Hilo” of a great experience at college. 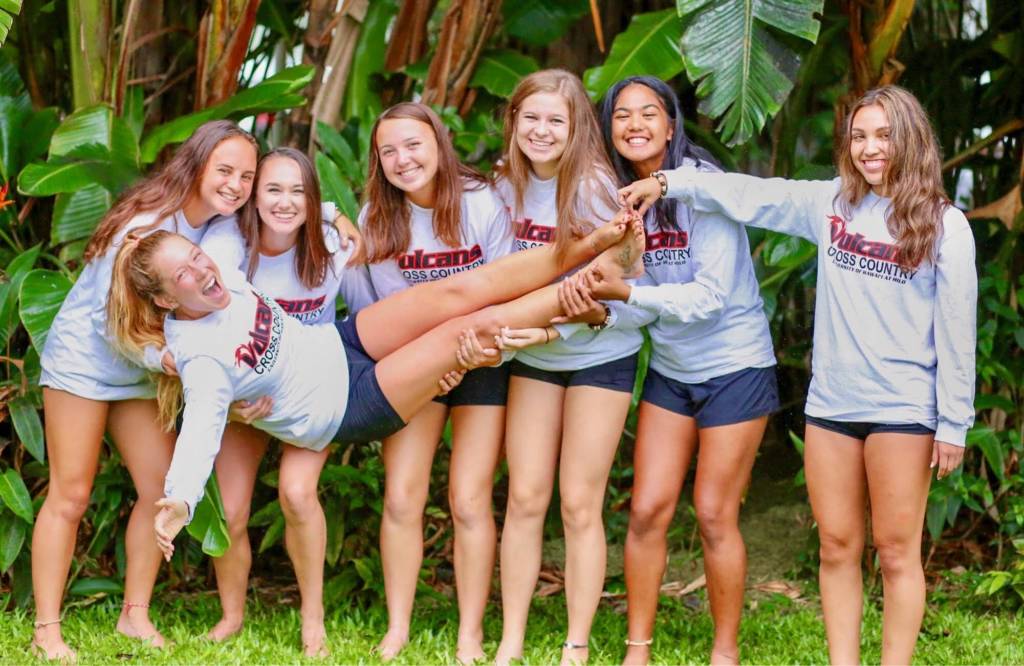 Top $10,000 Scholar Gigi Manasan was equally undeterred from pursuing her Math major at Creighton University in Nebraska despite being sidelined in the hospital for the first few days by a health issue. Having dealt with serious chronic conditions throughout her young life, Gigi is moving forward with her usual aplomb, including fulfilling the Crieighton tradition of touching Billy the Bluejay’s beak.

Some 2018 Scholars are attending local schools such as Miramar Community College, Palomar College, San Diego State and San Bernardino State. Others are venturing to UC campuses and farther afield.

Marilyn Long jumped into the swim of things at Kansas State University; joining a sorority and diving into a rigorous curriculum that will culminate in a degree in Agriculture Education with a minor in International Agriculture. She echoes fellow recipients in saying, “The Don Diego Scholarship Foundation has helped me to accomplish my dreams of attending a university. Thank you!”

Prior year recipients are making their mark on their schools and the world. One of Don Diego’s top 2017 Scholars, Jessica Xu, is excelling at prestigious MIT, where she is majoring in Biomedical Engineering. Before tackling a challenging sophomore schedule of courses from Physics to Artistic Expression, Jessica spent the summer in Singapore through a competitive Singapore-MIT undergraduate research fellowship. She says, “I worked on streamlining a microfluidics method to analyze cancer cell clusters.” While there, Jessica visited Singapore’s iconic Gardens by the Bay, site of the wedding scene in the movie “Crazy Rich Asians.”

Carolyn Kravitz, a top 2014 recipient, graduated from Stanford in June with a BSH in Biology. After traveling through Europe during the summer, she is now embarking on a PhD program in Molecular Medicine, Physiology and Pharmacology at Yale! Carolyn, an accomplished equestrian, has excelled academically while being highly involved in extracurricular activities, running a half-marathon and working part-time.

Achievements of Don Diego Scholars present and past are highlighted on facebook.com/dondiegoscholarship. The 2019 application process begins in January 2019. Current high school juniors are encouraged to visit dondiegoscholarship.org to ascertain guidelines and get involved with activities that will make them eligible for a future scholarship.

Executive Director Chana Mannen states, “With nearly one million dollars awarded over the past 32 years, the Don Diego Board appreciates the generous donors who enable us to continue supporting idealistic future leaders of our community. Together, we are building a better San Diego, one scholarship at a time.”

The Don Diego Scholarship Foundation was named for Don Diego, AKA Tom Hernandez, who served as the Fair’s welcoming goodwill ambassador from 1947-1984.
To date since its inception in 1986, the Foundation has awarded $938,500 in scholarships to 234 students and in agriculture education grants. More information is at dondiegoscholarship.org and facebook.com/DonDiegoScholarship.